It’s nearly the end of the end of my final year of primary school. I am so nervous about going to high school. My high school is so big my friends got lost on their first day of school but then they got used to the school. This year has been so amazing. I’ve got into SAPSASA Netball, Athletics and Tennis. I LOVE sport. It’s my life! I have now got into another tournament thing which is exactly the same as SAPSASA. It’s called a Les Tap team. Which I am very excited about. I loved camp this year it was so much fun. All the activities were so much fun! I also loved Aquatics. I learnt how to snorkel, surf and wave ski. It was so much fun even though I got really sunburnt!

I am defiantly going to miss this school and all my friends that I’m leaving behind!

This term Pam set us an assignment on heroes. We had to choose a hero. I chose Dr Victor Chang a very famous heart surgeon. Then we had a sheet which had questions on it about heroes. The first thing on our sheet was a report on our heroes  and we had to answer all of the guiding questions. Then we had to do an oral presentation on why he deserves to be in the Hero Hall of Fame.

Dr Victor Chang was a famous heart surgeon and he was the first person in the world to create an artificial heart transplant.  He was born to Australian born Chinese parents on the 21st of November 1936 in Shanghai in China.  He decided he wanted to be a doctor when he was 12 because he lost his mother to cancer. He was murdered on the 4th of July 1991 in Sydney.   He created Australia’s National Heart Transplant Programme.  Now over 300 successful heart transplants have been performed since his death.

I care a lot about Fair trade. It is very important for the poor communities to have fair trade.
I now know that cadbury has changed their milk chocolate to fair trade chocolate and it is still the same price. Most Fair Trade shops are a bit more expensive than most shops but the extra $1 or $2 could save someone from incredible danger. There are many companies that sell and help all the poor communities live a safe and healthy life.

I hope you learnt something new.

This Term has been hectic and will be hectic.

There is not much more things but It has been and will be a lot of fun.

This term we are performing a play (Cinders) at the memorial hall. We have been practicing the play since the start of the term. We all have a part and all have at least one line. I have 3 lines because I am not a very good actor. These are the roles and the people playing the roles:

I really hope it all goes well and I hope no one will stuff up (including me).
Bye Amelia 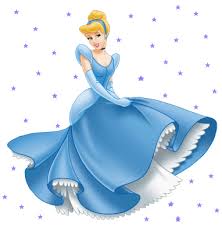 I wuold like to recommend some really cool blogs I think you should go to.

This is a blog that two students in my class that have just created. I think it is a great blog and should get lots of feedback. Its called the ME club. You will find out loads of info about the ME club on the blog. http://meclub.edublogs.org/

This blog is a blog that has been created to tell people about the students band. I think they are a great band and I think they have a great blog.  It is called the 6th sence. Here is the site: http://the6thsense.edublogs.org/

I reckomend you to go tom these blogs they are fantastic.

This term Pam has given us an assignment on Natural Disasters. We have a sheet that has 13 questions to answer but don’t have to do all 13 we can answer 11. We have another sheet that has a table on it which has more questions that we have to answer but we only have to do one question per column. At the moment I am doing some research on Cyclone Tracy.   I think it is a great topic for an assignment because lots of devastating Disasters that have happened like the earthquake in New Zealand and the volcano in Hawaii. Good luck recovering New Zealanders.

A boy in my class Jackson is doing the worlds greatest shave for his sisters friend who has leukaemia. He wants as much supporters as he can get. Here is his website worldsgreatestshave.com  .

My friend and I went to the Australian Open in Melbourne. We only got to stay in Melbourne for 4 nights and we only got two tickets for the tennis but it is certainly enough for a good Christmas and birthday Present.  I thought it would be an Interesting post. So here it is….

On Wednesday the 19th my friend and I went to the Australian Open. (By the Way the Australian Open is the tennis in Melbourne)  We went with our Mums. We went at 3:45 in the afternoon on Virgin Blue. We were so excited. The Flight only took an hour so Steph and I talked the whole flight. We were staying with Steph’s Cousins. I had met them once before so I sought of new who they were. When the flight had finished it was 6:30 in Melbourne. We went to collect our baggage and then we went outside to wait for Stephs Uncle to come and pick us up. We only had to wait for 5 minutes and then he picked us up and took us to their house. It only took 15 minutes from the Airport to get to their house. They had a huge house with a pool and a spa. Mum and I slept in one of Stephs cousin’s room. Mum slept on his bed and I slept on the ground and he slept in his sister’s room.  Once we had settled in Steph and I went out the front of their house and waited for her cousins. When they got home we said hi and then we sat in Mia’s room and went on our Ipad. We watched funny videos until Mum said that we were not allowed to go on it anymore because we were about to have dinner. We had lamb roast and Shasicks. It was yummy. After everyone had finished eating we all went in the pool. (Well only Conner went in the pool all the girls stayed in the spa) After being in the pool we got changed and then we watched a bit of Easy A. (the movie) At 11:00 we went to bed because the next morning Steph, Kelly, Mum and I were going to the day session of the Australian Open.

On Thursday the 20th we had to get up at about 8:00 because Stephs cousins and their Mum went to Queensland for a Party. Steve stayed home. Once they had gone and when we were ready Steve took us to the Australian Open it took about half an hour to get there. When we got to a light that was sought of close to the Courts we got out of the car and then walked to the courts. When we got there we got a picture of all of us and then we went to the Ticket People they had to check our bags and because it was ladies day we got a gift. We got this face moisture spray. When we had gone through the process we went to Rod Lava Arena and found our seats we were just in time to see the start of Kim Clisters game instead of waiting for the first game to finish. Our seats were fantastic. We could see all the action. Kim played Carla Suarez Navarro Kimmy won the match. I would tell you more about the games but it would be too long. Then we saw Raffa Nadel. He versed Ryan Sweeting and Raffa won the Match. After that game we watched our last game which was Alicia Molik who versed Nadia Petrova. Alicia Molik lost 4-6 1-6.  After we had bought a few things from the Pro shop we went to the Tram right next to the back entry and exit.

We did not have to get up early but I did because I was excited! We got ready to go shopping and then the tennis. Once we were all ready we went by train and stopped at Flinders Street. We got off and we did a lot of shopping if I told you all of the things we bought we would be here forever. At 6:00 we headed off to find a restaurant but did not find one. So we just had a mini pizza each at the Australian Open.  When we got to the Australian Open we watched Monfils and Wawrinka play Wawrinka won 7-6, 6-2, and 6-3. We unfortunately did not get to see Venus Play because she hurt a leg muscle.  Then we watched a game from the garden. Then we went back to the house.

Welcome to your brand new blog!

This is a sidebar and can be changed in Widgets in your dashboard.

You can also modify number of sidebars in theme options!


Get your own virtual pet!

Get your own virtual pet!
LED Text Scroller